Get fresh music recommendations delivered to your inbox every Friday.
We've updated our Terms of Use. You can review the changes here.

Everything Happened In The Beginning 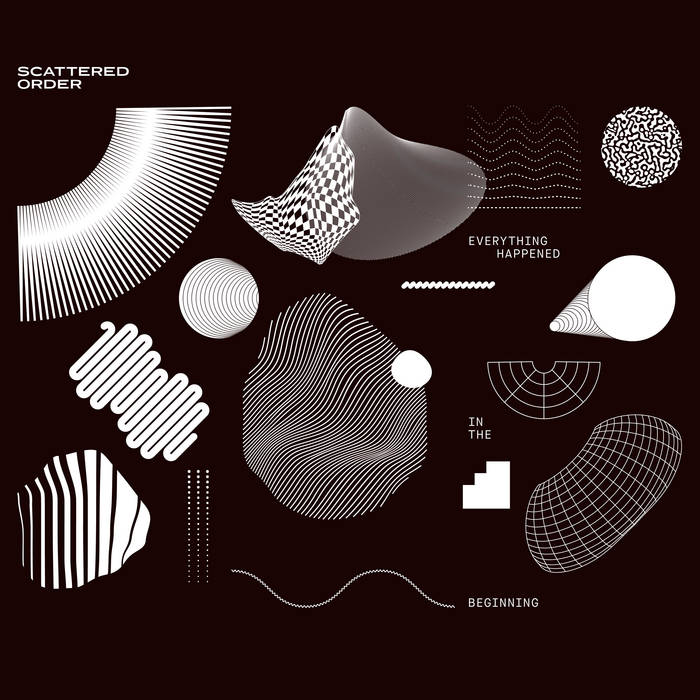 The Art of BLEEP!

Scattered Order, one of Australia's longest-lived and most consistently experimental bands has mutated once again. Now in their 40th year they continue to confound with their take on post / industrial music.

After the release of the double album "A suitcase full of snow globes" and the subsequent tour in 2017 Scattered Order (Mitch Jones, Michael Tee and Shane Fahey) took a break to pursue other music projects.

They return with a new album "Everything happened in the beginning". Recorded in their home studio over a weekend in June 2019, this album combines the spontaneity of live performance and in-the-moment composition with a new poise in production. Some listeners will recognise the spoken and direct vocal style characteristic of some of their earliest work making a welcome reappearance.

Above all, this is an album brimming with ideas about how to shift sound forward, something that has been their urgent intention since day one.

BIG thanks to – Dru Jones, ChezCoff, Colum, Bev, Stu Buchanan, Sakis Anastopoulos and all the SO fans whose support makes all this possible.

Bandcamp Daily  your guide to the world of Bandcamp